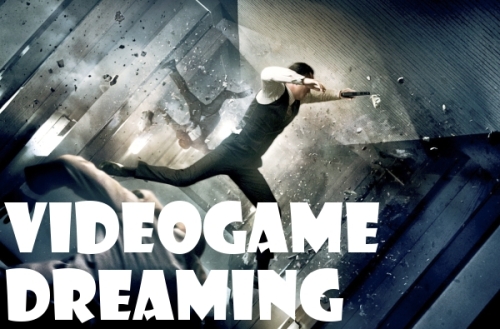 …cause it might be happening. And that just really puts a damper on a great thing, an original and wonderful IP that is now on its way down the ; they can’t just let things be. Here’s what Inception filmmaker Christopher Nolan had to say about it all during a press conference celebrating the movie’s debut in Italy:

Hmm. Sounds like to me that someone dove deep into his dreams and planted this idea there to grow slowly and carefully. ::ahem cough:: Cobb ::cough cough:: Right. Well, I don’t want this to happen, and here’s why: it works better as a movie than a videogame. Sure, you can see aspects here and there where it is obvious to do something videogame-like; for instance, the dreams within a dream within a dream all feature unique, starkingly different landscapes, and that’s what videogame developers excel at, creating a snow world and then a fire world and a lush jungle world. Heck, Ariadne’s job would be more or less Little Big Planet, which already exists, so go play that. Then the bulk of action feels like a third-person cover-based shooter, but it could also dabble in Metal Gear Solid stealth. See, there’s just too much to pull from, and no clear direction or idea as to how an Inception videogame should be created. The only glimmer of hope here is that it won’t be a rushed licensed game pushed down the factory line to get it out on time to coincide with the movie’s release date. Something good could be done, but it just doesn’t need to. The movie–and the world(s) within–was more than enough.

Besides, didn’t they already make an Inception videogame?