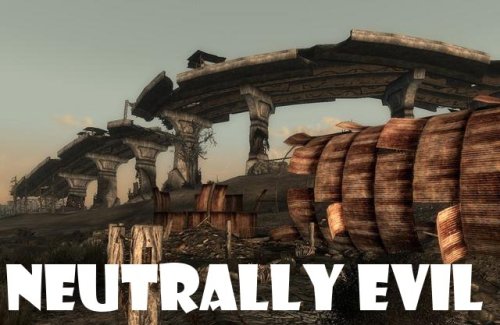 Well, I did it. I saw the chance, and I took it, and I think I’m somewhat okay with it despite the fact that the way I unlocked True Mortal was most definitely 100% evil. First, let’s ooh and ahh over these two Fallout 3 Achievements I pinged back to back last night:

Mmm pretty. And here’s how I got them. I leveled my bad karma girl Samantha up to about 3/4s of Level 29 by tossing some Nuka Grenades at Super Mutant Overlords and watching them–from a safe distance–burn. Then she fast-traveled back to Tenpenny Tower wherein Sam rested until about 1:00 am. Using some Stealth Boys (I left my ninja invisibility suit in my room), Samantha crept towards those sleeping in their beds and proceeded to murder each and every one of ’em, snagging a meaty bonus thanks to the Mr. Sandman perk. Then, right before slitting Mr. Burke’s throat as he dreamed about big explosions and punching puppies, I saved my game. Then I had her slice, and bam, Level 30 achieved with bad karma. Reloaded my game to do it again, but this time, for my perk, I picked the one that re-sets your karma to neutral. And that was that. Rather easy, and I’m thankful to not have to grind from Level 20 to Level 30 on my third play of Fallout 3, as that is simpy the longest, hardest part to do.

Speaking of that, I need some help. I used a good karma beard dude named Pauly for my first playthrough in Fallout 3, and a bad karma redheaded woman named Samantha for my second playthrough. Not sure what direction I want to go in for my third. I do know, however, that I want to get Dogmeat as early as I can, as well as focus on either melee weapons or unarmed to get a different outlook on the gameplay. Here’s a male/female version of what I’d like to use stat-wise:

With this, I’d be focused on whacking people to death with batons and baseball bats, repairing my whacking sticks, and tossing grenades when things get too tough. I’m sure I’ll sneak a few pistol shots in, too, but I don’t want to go down the same small weapons path as before. Not sure what early perks I’d take though. Suggestions?

And I’m definitely open to suggestions for names and/or what a character should look like. Consider this the beginning of a Let’s Play that you’ll never see the rest of!

For help with this mockup as well as a good idea as to how this character would progress, I used the Fallout 3 Character Creator website.