Half-hour reviews take longer than a half-hour to write 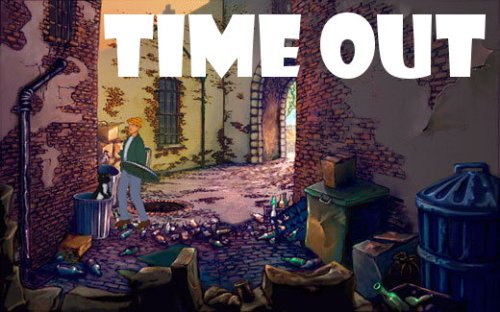 Last night, I found some time, sat down, and finished up a half-hour review of Broken Sword: Shadow of the Templars for The First Hour. Will probably go up live sometime next week. One puzzle frustrated me to the point of cheating. Stay tuned for that.

I do find it interesting that writing a half-hour review of a videogame took me over two hours to do. Why’s that? Well, for starters, I use a stopwatch and take notes as a I play. I am constantly stopping time, writing down some quick notes, starting the time again, and then playing some more until another note-taking session demands my soul. That means my half-hour of gametime is never straight through; it’s choppy as the Artic Sea and maybe just as frenetic. Also, there were a couple of phone calls during my play session, which I needed to answer–so everything went on pause then. After a full thirty minutes were played, it was time to review my notes and clean them the frak up. Nobody could read my drivel, but after some copyediting and writing, the minute-by-minute playthrough is much more readable. Hopefully, enjoyable too. Plus, then I have to write beginning copy as a lead-in to the review, and a summary of things that happened over the past half-hour. Sometimes writing comes naturally; other times, it’s like pulling teeth…out of a bulldog.

And now you know my process. As offbeat as it is. Truthfully, it works best for Nintendo DS games than anything else as taking notes while playing a console game (and using a stopwatch to keep track of time) is slightly tougher to do because of my entertainment setup.

I will spoil y’all now and tell you that my answer to the Will you continue playing? question is a yes. In fact, I’m playing it as I write this blog. If anything, these reviews are strengthening my multi-tasking skills.