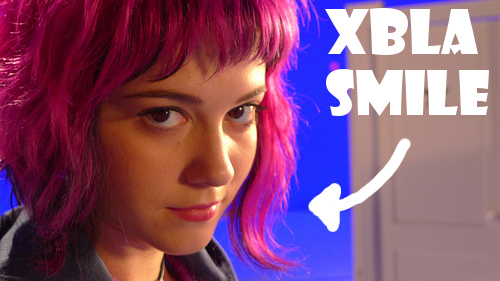 I can breathe a sigh of relief. And happiness. Happy sigh of reliefness. Scott Pilgrim vs. The World: The Videogame will make its way to Xbox Live on August 25th…just two weeks after debuting on the PlayStation Network. It’ll cost 1200 Microsoft Points, which is the equivalent of $14.99, and I’m going to pay it like a professional, day one and all. This game must be had, and the fact that it is local co-op is even sweeter. Beat ’em up gameplay, delicious-looking sprites, and a soundtrack by Anamanaguchi. How can that not be the greatest gaming experience evar?

Also, the last book, Scott Pilgrim’s Finest Hour, comes out today. TODAY. July 20th, 2010. Eeeee. I’ve had to stay off Twitter and mostly Facebook for the better part of today; I really don’t want to be spoiled, even by the littlest of details. Tara and I are rushing over to Borders after I get done with work to pick up our copies. We’ll then read them in a fever haze, smiling and crying and laughing and loving. It’s just a great series, and all great things come to an end, and we’re prepared to end, but it’s gonna be like signing up to take a beating. There will be bruises tomorrow for sure.

The film version, which just looks better and better with each leaked trailer and remix, comes out on August 13th.

It’s Scott Pilgrim mania, that it is. Drink up, Scottaholics!

Deathclaws are all about death and claws 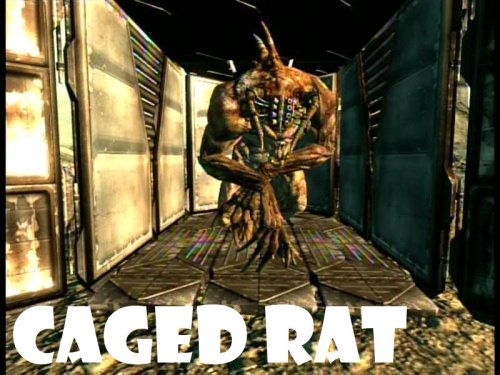 I played some more Fallout 3 last night, still on my quest to collect the remaining Achievements, with the one for hitting Level 30 as a totally evil lady in sight. Just got to get some more experience, and the best way to rack up some XP is through doing main storyline quests and shooting big baddies like Deathclaws.

Thus, I decided to tackle the Broken Steel missions, which take you through Old Olney, a destroyed little locale brimming with Deathclaws. Before heading out, if you spoke with Vallincourt, you can pick up the Deathclaw control scrambler device; this basically takes any Deathclaw under the Enclave’s control and puts it under yours…so long as you stay within its broadcasting range. Once freed, the Deathclaw will follow you around as a friend until time runs out and they go all explodey like that one kid early on in Battle Royale. This is great and all, but it only works on the Deathclaws enslaved by the Enclave, and actually does the opposite of what I wanted, as the Deathclaw steals XP from me by killing the Enclave soldiers and then blowing itself up. Oh well. Still fun to watch it run off and do your dirty work.

That said, Deathclaws are still the scariest things in Fallout 3. They are menacing, brooding, towering, terrifying, dangerous, and freaky. Plus a slew of other nasty adjectives. They look like devils on steroids and move with surprising agility. And there’s one part in Old Olney that I completely forgot about, wherein a Deathclaw attacked me from behind and scared the living light out of me. It’s kind of like Jurassic Park, Muldoon, and those plotty velociraptors; I’m sneaking down a hallway, totally in stealth, eyes on the prize, a Deathclaw at the end that is sharpening its claws like cooking knives. Then, without warning, my warning turns DETECTED red and I’m slashed from behind by a Deathclaw. I quickly hop into V.A.T.S., but don’t kill it quick enough with my Chinese Assault Rifle, and now the second Deathclaw is on the alert, sandwiching me in the worst sandwich ever: Deathclaw, evil woman, Deathclaw, and no tomato. Not yummy at all.

Had to break out the Alien Blaster (with limited ammo) just to survive. The funny part–if this can be considered funny–is that this same scenario happened more or less during my first playthrough. Guess I just forgot that at one point, there’s two Deathclaws in the same hallway. I promise not to forget during the third playthrough; if I do, maybe I deserve to be turned into shredded flesh-lettuce.

Having not played any previous Fallout games before Fallout 3, I have to wonder if we’ll see any Deathclaws in Fallout: New Vegas. Not too sure of their history and all, and I know that stealthy Super Mutants will most likely be the next enemy to freak me out. Either way, I’ll be glad to get past them in this section of the Broken Steel DLC even though they do offer up some delicious XP.