GAMES I REGRET PARTING WITH: The Granstream Saga

If anything, many gamers will know of The Granstream Saga for one glaring quirk: all its in-game characters are faceless. They have no faces. Something ate them. Instead, there’s just this round thing of flesh on top of their necks with some colored hair to sort of the young and the old, the male and the female, the smart and the dumb. Still, despite this oddity, the game featured animated cutscenes of the anime kind, a talking bird companion, and great sword-swinging action (for its time). Oh, and it is also purported to be the very first full 3D RPG for the PlayStation. Cool, cool.

The plot is pretty typical “save the world” stuff. Except, this time around, you have to save multiple worlds. See, once upon a time in this alt Earth, the entire planet was covered entirely in water. Then, thanks to magic and aftereffects from the war between the Allied Spirit Army and the Imperial Wizardry, numerous continents lifted up from the water and out into the air to float fine for years and years until you loaded up the game disc. Now they are slowly sinking back down. Way to go, gamer.

This is where Eon comes into play. He’s the hero of The Granstream Saga, a boy not so ready for his coming-of-age tale, but he’ll meet a varied bunch of folks along his travels who will help him save his floating homeland, as well as all the others. After all, faceless friends are always generous. You’ll spend a good portion of the game staring at his bright red hair.

Gameplay is very standard RPG fare, with exploration of towns and dungeons just about equal to each other. While roaming around a cave, you’ll find enemies and duke it out in real time. Eon carries a sword and a shield, and you’ll take Zelda-like swipes at the enemy, engaging it fully. All in all, kind of bland now…but the system worked great in 1998, and things got much better with upgraded equipment and the ability to cast magic. You eventually learned strategies, too, like side-stepping behind an enemy for a stronger attack.

The Granstream Saga was not the first RPG I played on the PlayStation, but it has strangely had a lasting effect on me. Images of faceless villagers—as well as that uncomfortable shower scene—flash in my mind from time to time. And the details about the game’s ending have always been fuzzy, something to do with that bird companion. And yes, I could easily just watch an entire playthrough on YouTube, but that would totally ruin my gaming nostalgia. Instead, I’ll just miss the heck out of my copy and yearn for the return of the faceless.

NOTE: I could not find any great screenshots of these faceless game models so I whipped up some examples below so you can get a feel for things. Enjoy! 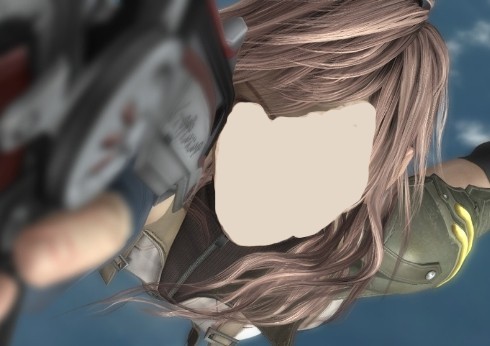 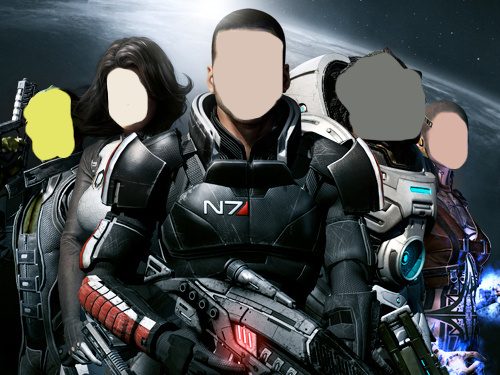