Blowing up Megaton ain’t so easy 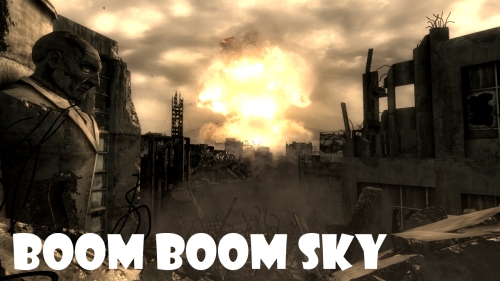 The Power of the Atom quest in Fallout 3 gives the player three choices: blow up Megaton, defuse the atom bomb, or ignore it altogether. During my first playthrough as a wholesome, good-natured chap fresh from Vault 101, the answer was easy. I defused the atom bomb in the center of town and, as a reward, got a shack to keep all the cool stuff I found out in the Capital Wasteland safe. Throughout the game, Megaton was my hub. I returned there often to both sleep (and get the “well rested” bonus before adventuring) and sell extra gear. The citizens would give me things now and then, and I truly felt like it was my town, my home. I couldn’t imagine playing Fallout 3 without it.

And now I have to.

I’m working on my evil run and actively avoided completing the quest for a number of reasons: first, I wasn’t finished with The Wasteland Survival Guide quest; second, my lockpicking/sneak skills were not high enough to get me into the sheriff’s house to snag the Strength Bobblehead; third, I was pretty good throughout the game at not picking up every single item, but eventually started getting weighed down by too many weapons and pieces of apparel that I didn’t want to give up. So finally I was able to pickpocket Lucas Simms, bust into his home, grab the Bobblehead, and then…I got caught by his son trying to steal a skill book. Asdfghjkl. Now the whole town hated me immensely, over a book, too; bitter, I ran straight back to Tenpenny Tower to press a button. The button. The one that will completely change the way I finish Fallout 3.

I watched the mushroom cloud until it faded away, until there was nothing left but discolored sky and the wind whistling below. My prize? Some caps and a very nice pad in Tenpenny Tower. I then bought the love theme, which puts a heart-shaped bed smack in the middle. It doesn’t feel right. I’m a horrible soul. And I haven’t gone back to the crater once known as Megaton, but I’ll have to eventually if I want to complete The Wasteland Survival Guide quest. I appreciate the irony there, that that quest is still available after detonating an atom bomb, but I’m not looking forward to seeing the destruction I helped create.