Liberty City, Home of the Minigames 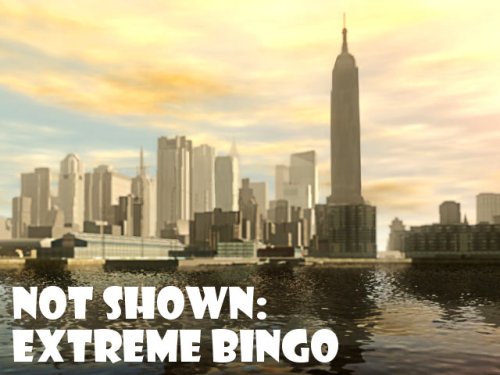 I’ve been playing a bit of Grand Theft Auto IV recently. It’s a massive game, truly elephantine, and that’s kind of amazing to think about considering I’ve only experienced one island so far. There’s driving and escorting and TV watching and potential girlfriends and clothing shops and and and…minigames!

What? I’m a sucker for them, which is beyond clear when one sees that three out of my seven first unlocked Achievements are the following:

That’s right. Niko visited Liberty City, and all he got was this lousy t-shirt were some mediocre minigames. Only one I haven’t tackled yet is the bowling Achievement for three strikes in a row. But I will, oh yes, I will.

But yeah, the minigames aren’t really anything to write home about. I was looking forward to pool the most because I have oddly always enjoyed Flash-based pool games and such. Here, however, it was extremely difficult to tell solids from stripes, and lining up shots was frustrating, as well as determining power and angles. I did, however, unlock the achievement properly by sinking the eight ball, but I know it can also be earned by your opponent scratching at the end. Doubt I’ll go back and play pool, even if it is my date’s favorite activity ever. She’ll just have to learn to love something else. Like drive-by shootings?

That said, the missions, so far, are okay. Pretty GTA standard. Haven’t done many though, just a few side gigs for Roman and F-bomber Vlad. Love the cell phone integration. Can’t really control cars too well. When it rains, it’s just amazing looking and I want to steal someone’s umbrella and go for a stroll. And lastly, mopeds for life!