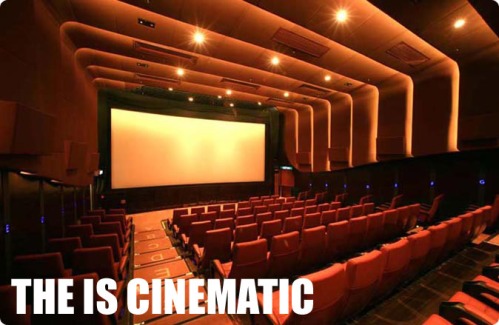 There’s a short, but sweet article over at The First Hour about some great cinematic moments in videogaming history. And wow, I’ve actually played a few of the games mentioned. That’s just crazy talk.

Speaking of talk and crazy, I’d like to write a little bit about one cinematic gaming moment from my history. The time? 1996. The game? Tomb Raider. It was an epoch when the Internet did not spoil the big and small and all moments of a game, and so I knew very little about Lara Croft and her plight, just that the Indiana Jones in me had to have it.

I was exploring some caves when I noticed a cluster of rocks that looked most definitely…climbable. Took a bit to get Lara into position, but we made it over the rocks to discover a skeleton, as well as a lush area that was the polar opposite to the snowy caves I’d just been running and hopping through. Odd, I thought. Then some Velociraptors attacked me. Even odder. What’s going on here? It’s like an interactive episode of The Twilight Zone (obviously at this point I had no idea how much odder Tomb Raider would get; hello, winged and mutated Natla).

But yeah…Lara starts snooping around, her footsteps loud as all gets in the eerie silence surrounding her. And then it happens: the violin-laden music, the roar, the charge of a Tyrannosaurus Rex, the tiny section in your brain passing out. The large-and-in-charge dino comes at you like a train, and may your side-jumping skills be honed because it takes a lot of bullets and swift manuevering to bring down the “tyrant lizard,” and then when you do you’re left standing over it, completely unsure of your surroundings, completely unnerved for whatever is next. 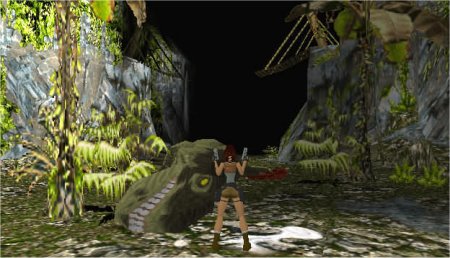