The Best/Worst Glitches in Fallout 3

There’s a really great list of Fallout 3 glitches over at Bitmob, which is totally worth checking out.

I’ve come across a few in my 70+ hours of gameplay, but the one that bothers me the most is probably not even a glitch in glitch-terms. It has something to do with the physics engine. Anyways, whenever I re-enter a room in which I shot up some robots or Super Mutants, they always reappear and then crumble to the floor, scaring the living the daylights out of me. Even now when I expect it, the sound of bodies thumping to the ground makes me jump. I don’t really get why it happens…

I’ve also experienced a Deathclaw being sucked into the sky, over and over and over. Fun to watch for a bit. Until, y’know, it lands on you.

Got any favorites glitches?

…and the Purchase of the Month for November 2009 is:

My first MySims game actually. Early impressions show that it is a fun game with really bad grammar issues (lots of “alright”s and I spotted the use of “a while” once). I like the amount of stuff to collect and use in decorating the room, but I only just started it really. Humor is good, too. Will compile a full review of it soon for sure.

Posted in entertainment, nintendo DS, purchase of the month, videogames 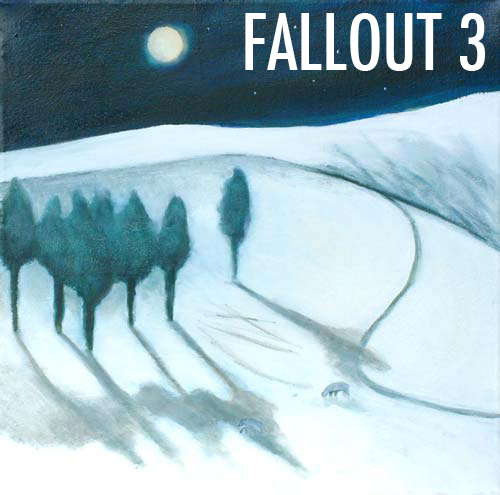 My second freeze after over 70+ hours…which is not a terrible record by any means, but still, I’m nervous. Was in Point Lookout and I fast traveled to the boardwalk area only to have the music get all glitchy and then poof…FROZE. Hadn’t been playing for very long at the time either so maybe it is just the DLC. Think good thoughts, everyone.

…and by “just beat” I mean I completed the main quest the other night. Let’s just say it was beyond lame. I have many reasons to back this up, but first, some backstory.

Elder Scrolls IV: Oblivion is one of the games that led me to get an Xbox 360 (other key games include Fable II and Fallout 3), and I quickly immersed myself in Cyrodiil, honing my archery skills and sneaking through caves and ancient ruins alike to loot, loot, and loot some more. Upon first playing, I did the main quest up to the part where you return from Camoran’s paradise where I then gleefully wandered off to do sidequests and just explore. This was fun…for some time, but then my collection started to grow and I kind of forgot about Martin and Daedra and shutting down Oblivion gates. On occasion, I’d pop Oblivion back in and poke about for an hour or two. The last time I played the game before this past weekend was back in August. Er…yeah.

So yeah, I got motivated and figured I could complete the main quest at the very least if I buckled down and focused. Little did I know that it would involved little-to-none buckling down and zero focus. Ah, Oblivion, you lazy bastard. Grabbing Martin by his Sean Bean neck, I headed over to the Imperial City to re-light the Dragonfires and save Cyrodiil. This took less than 10 minutes. Here, I will give you a step by step:

Probably the lamest aspect of this final main quest is that you are not playing at the end. You are watching. Or maybe you are not and you got up to pee or something. That is reasonable. The fact still remains; just when something large and epic is finally happening in Oblivion, you are put on pause, you are asked to stop role-playing, and you are forced to watch a stilted, turn-based battle between bird and demon-beast. It’s so anticlimactic that I can’t even imagine what other possibilities they threw away before going with this one.

I dunno if I’ll go back again and finish up the different guilds and expansion packs any time soon. It just seems kind of fruitless, especially after all the Fallout 3 I’ve been playing. Those quests offer both awards and gold, something severely lacking in Elder Scrolls IV: Oblivion, and even though each game had problematic endings, at least Fallout 3 was able to undo it and move on.

Um, yeah, I know I’ve said before that paying for digital clothing and trinkets to dress up your digital self is silly and a stupid waste of money. War never changes, sure, but my outlook on this stupid trend just might because…

On Thursday, November 26, Bethesda is releasing the following Fallout 3 items on the Xbox Avatar Marketplace:

Of them all, the Vault 101 Suit is looking the slickest.

Before hitting up Quiznos for a delicious sammich last night, I browsed through the GameStop next door for a few minutes. So many DS games, so many that I want to play and experience. I left the store empty-handed, but not before overhearing the following conversation:

That said, despite having some qualms with Assassin’s Creed, my interest in Assassin’s Creed II is growing. If only it wasn’t $59.99 though. Money, you do not make things easy.

It’s not terrible art, but it lacks a certain punch. The hero, the lady with poised gun, the multicolored alien, the lens flare…it’s all just a bit generic, which is a shame as previews would have you believe that Mass Effect 2 is bigger and better than its predecessor. The first game’s cover definitely gave off a “explore the galaxy!” vibe while this one merely says “shoot things!” and “be disgruntled!”

The most obvious thing Professor Heinz Wolff’s Gravity has going for it is its art style. A mix of candy canes and Tim Burton-esque level designs, this no-frills Nintendo DS puzzler just oozes style. Background images are vivid paintings, striking to the point of distraction. Even the moody music adds to the overall atmosphere. But is it the be-all, end-all of puzzlers?

END_OF_DOCUMENT_TOKEN_TO_BE_REPLACED 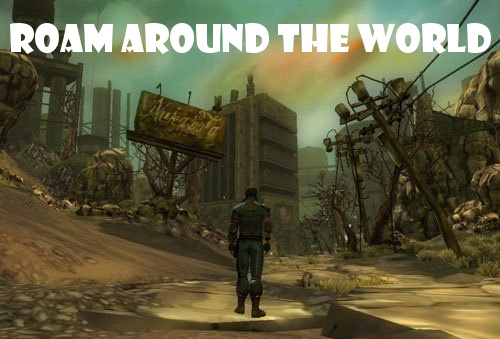 MMORPGs have never interested me. Not even ones based in Tolkien’s Middle-Earth. I know. Cah-razy, right?

That said, screenshots of a Fallout MMORPG have recently surfaced thanks to some court battles, and while it does look like a rather bleak place to spend one’s time…I’m all for it. Hope these images only mean that “Project V13” is one step closer to becoming a reality. Check out the other two shots below the cut.

END_OF_DOCUMENT_TOKEN_TO_BE_REPLACED

That’s right. A slew of social content is coming to Xbox Live on Tuesday, November 17, including Facebook, Twitter, Last.fm, Zune video, and a new “News and More” section, which will draw from MSNBC, The New Yorker, and Dilbert for content. Wait…Dilbert? Hmm.

Seems that the services are only available to Xbox Live Gold members but us lowly Silver users (must be 18+ for Facebook and Twitter) will be able to get a sample thanks to a Free Gold Weekend happening from Friday to Sunday. I’ll be sure to try it out and let the world know what I think of it. Personally, I still feel like much of the social shtuff such as tweeting and updating statuses will be time-consuming, awkward, and worse for wear, but let’s wait until I can actually update my status with “Just blew a Super Mutant Overlord to pieces with a Lincoln’s Repeater headshot!” before I start with the nay-saying.