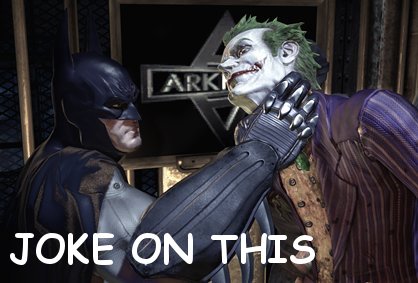 Well, not here. But you can view the first ten minutes of Batman: Arkham Asylum over at the MTV Multiplayer blog. It’s definitely worth a watch even if little actual gameplay is shown. I checked it out during my lunch break and it was just like watching the old animated series. Well, not entirely. This one was a bit more demented. Anyways, you do get to see Batman casually walking around while listening to side characters (and the Joker!) give off heaps of exposition. Doesn’t take long for it all to fall apart, and then we’re into a punch-and-kick brawler. Hopefully there’s more to the game than that, but the cutscenes, dialogue, and voice acting is more than enough to keep me interested.

The update will be ushering in a wave of new features, such as Games on Demand, the Avatar marketplace, user ratings, and other stuff. Read up about here.

Alas, this will not be the update that includes integrating Facebook and Twitter into the main dashboard, which is a shame as I was looking forward to that feature the most. I’m nonplussed about the notion of spending real money/Microsoft bucks for digital clothing and toys for the videogame representation of us gamers. Seems kinda moot, really. 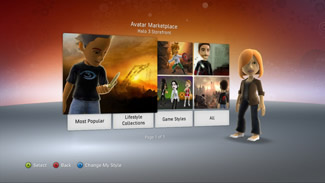 But…but. The Avatar marketplace could really do wonders if it allows some games to unlock a few free tee-shirts or magical swords (I’m looking at you, Fable II) either as some part of an achievement or whatever. That’d be nice and possibly some incentive to even glance purchasable pixels.

As per the Games on Demand, it’s not for me. I like browsing a shop and bringing something home, whether it is a new game or a used one with the manual missing.I also suspect that they will be priced a bit unfairly, but I’ll only speculate for now and hope that they don’t go nuts. I got my copy of Mass Effect for $15 human dollars so hopefully it is somewhere around there as well.

So yeah, I’m just kind of waiting on the update bringing in Twitter and the Book of Faces. Some time this fall, eh? Okay…